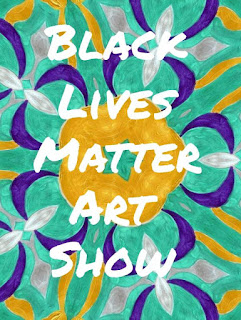 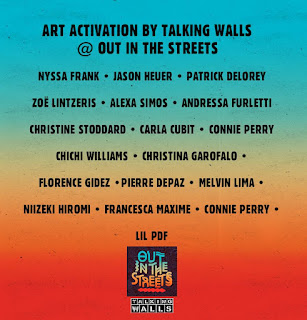 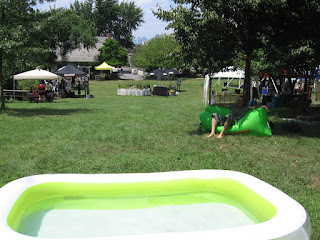 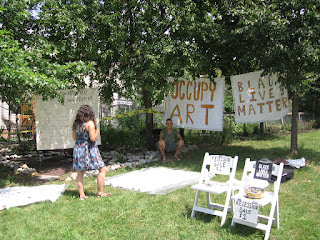 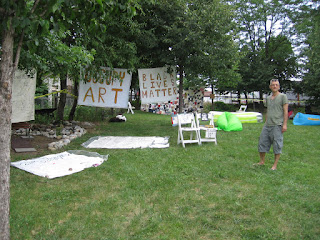 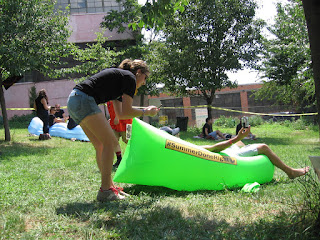 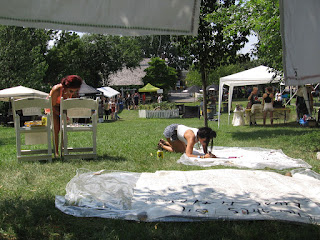 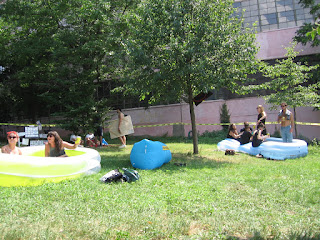 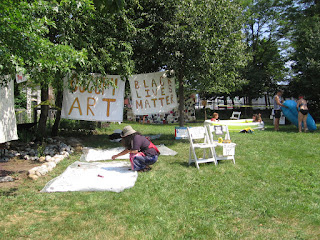 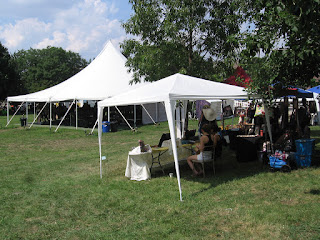 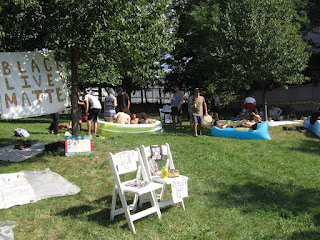 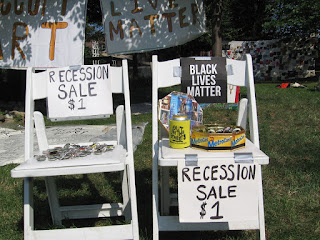 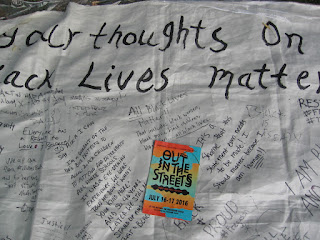 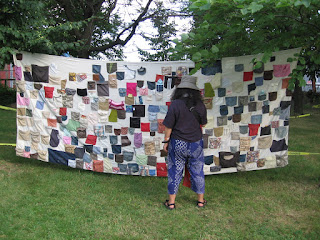 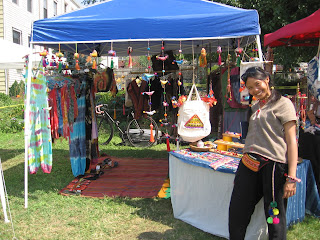 Okay, so I guess I can say that another one of those Black Lives Matter Art Shows, or at least part of one, went to Out In The Streets Music & Arts Festival at Onderdonk House as part of Talking Walls in that neighborhood of Bushwick, Brooklyn, or is it Ridgewood, Queens simply because hey, I found myself taking some of those Occupy Art and Black Lives Matter posters and banners there and attempting to vend those DecorForU #berniesanders, #blacklivesmatter, #occupywallstreet, #brooklyn, #bushwick and #yoga necklaces, magnets and key chains for $1 each at that event also.  And if I must blogger say, that event rocked, literally, with those rock bands that played that really cool rock band music and beyond.  And the weather seemed to hold up on that day, so much that those pools that find themselves in some of those photos posted above, remained full at all times.  And Ridgewood Market was there vending also. And so that Facebook event invite for that Out in the Streets Festival 2016 read something like:

The The Vander-Ende Onderdonk House is the oldest dutch colonial stone house in NYC and the third oldest surviving structure in Queens. In the mid-1600's, Peter Stuyvesant granted the land it sits on (over 100 acres) to its first owners . The current house was built in 1709 by Flatbush resident Paulus Vander Ende. Besides a farm, the house has served as a speakeasy and scrap glass business and once established the boundary between Kings and Queens counties. Today the space is owned by the Greater Ridgewood Historical Society, which saved it from being bulldozed after a fire in the 1970s and opened it to the public in 1982. It is currently occupied by caretakers who maintain the property and tend to the house's coop of six hens.

And on another Black Lives Matter Art Show event note....


I am super looking forward to Black Lives Matter Art Show at Chashama,

We give you what you need. SPACE! chashama presents artists' works in many different venues, and thanks to the The Durst Organization, artists are able to present their work in the lobbies of many buildings in NYC. Another way in which we can keep alive the cultural richness of our city!

Art is powerful.
Carla Jean of Occupy Art and a speaker for The Stop Mass Incarceration Network displays her ‪#‎BlackLivesMatter‬ artwork and posters, alongside her photographs from Black Lives Matter protests throughout the NYC area.
August 5 - September 4, 2016

Have a great Out In The Streets Music & Arts Festival, Chashama day and more.

Posted by Occupy Art at 7:41 PM No comments: