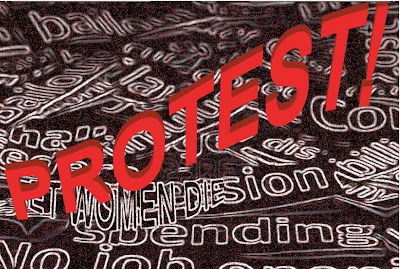 The exhibit explores concepts and issues of Protest! in painting, photography, sculpture, mixed media and text.  Demonstrations have spread across the globe as people demand changes - a refusal to accept the status quo of dictatorships, corporate greed and laying waste to the environment.  Join us for our

This program is made possible in part by public funds from The NYC Dept. of Cultural Affairs in Partnership with the New York City Council-(Many thanks to Rosie Mendez, NYC Councilperson)
Posted by Occupy Art at 11:09 PM